Arthur Blank was just 15 when his father, Max, who was struggling financially to start a mail-order pharmaceutical business in New York City, died suddenly. His mother, Molly, who had run away at 18 to marry and raise her two sons, decided to take over the business.

With her father gone and her mother spending long hours learning to be a businesswoman, Blank and her brother Michael often found themselves walking home from Stuyvesant High in Queens to a dark, empty one-bedroom apartment. It was then that Molly decided to give them a dog. Blank remembers that changed everything.

“After my father passed away, the dog in some ways filled that void for my brother and myself and even for my mother. It made such a difference to have an animal that we could love and that would love us. And who was so excited every day to see us when we got home.

These years helped sharpen Arthur’s ambition and drive. He went on to earn an accounting degree at Babson College outside of Boston and began a career in corporate finance that eventually led to him becoming a co-founder of The Home Depot in 1978. Last December, when the Atlanta Humane Society was raising money to build a new Westside headquarters, Blank remembered the dog who had meant so much to him at such a difficult time in his life.

His family foundation gave the organization $4 million to build the Arthur M. Blank Family Animal Center. It’s a modern two-story building on a five-acre site that probably wouldn’t have come together the way it did without Blank’s support. According to Cal Morgan, president and CEO of the Humane Society, Blank and his family spent considerable time ironing out the details of their gift. 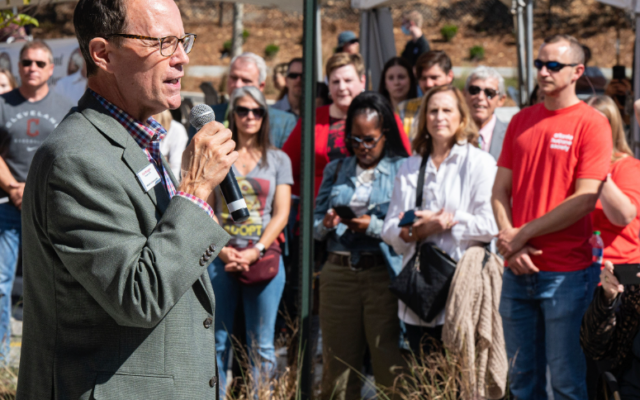 Cal Morgan, president and CEO of the Atlanta Humane Society, hailed Blank as key to their fundraising success.

“Arthur spent a lot of time with his family talking about this gift. They huddled on their ranch property in Montana as a family as they talked about doing this. His children and grandchildren are also big animal lovers. So it was a real family affair for them.

What the Humane Society, which is a no-kill animal shelter, created with Blank’s full support was not only one of the most modern animal adoption centers in the country, but it features veterinary surgery facilities to treat animals requiring specialized care and treatment.

Morgan says the Society has spent years imagining what the future of animal welfare should look like, and he believes they have created one of the most sophisticated veterinary medical centers in this part of the country. Blank gets much of the credit for helping make the dreams of the Humane Society come true.

“Mr. Blank’s commitment was key,” says Morgan. “It was the rocket fuel we needed to really propel the campaign to success. Our original goal was to raise $10 million to supplement the money we received from the sale of our old building. But we were able, thanks to his donation, to mobilize other donors. We actually went over our campaign and ended up raising $11.5 million. 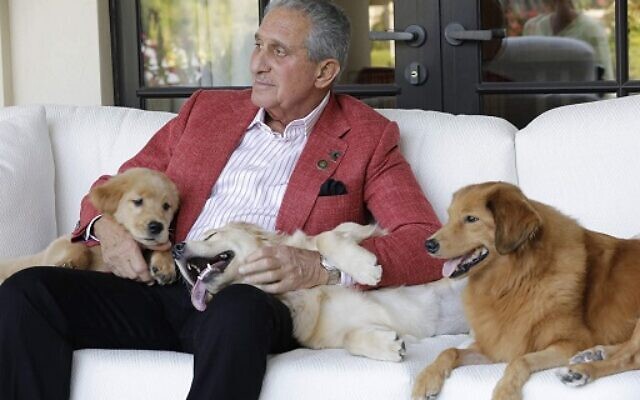 Arthur Blank developed his long love affair with dogs as a teenager.

In recent years, especially during the height of the pandemic, there has been a surge in animal adoptions. Kennels like those of the Humane Society were emptied, as individuals and families longed for the love and companionship an animal offered. To prevent these adoptions from being returned, the Society opened a low-cost veterinary clinic in the East Lake neighborhood of Atlanta.

Through the Meals on Wheels program, it offers pet food deliveries to accompany meals delivered to those in need. There’s even an animal behavior counseling line and clinic for those having trouble with their new adoptions. This is all part of the Humane Society’s attempt to make itself an even more open and receptive part of the community. There’s a big red heart outside their building, and according to the Morgan, it’s there to say welcome.

“We have walking paths on our property, we have green spaces. We encourage people to come visit, walk their dogs, interact with other people and their animals, come in and have a look. eye in the center,” he said.

Which is good news for Blank, who now has a new puppy and two golden retrievers at home. One is called Maia, from the Greek Max, whose death 65 years ago changed his life. The other is Molly, named after her mother who bought that first dog so long ago and made opening the front door such a pleasure.

“There’s always so much joy when I come home.” Blank said. “No matter my mood, whether we win or lose a game, they are always happy.”

Austin Animal Center limits ER admission only due to overcrowding